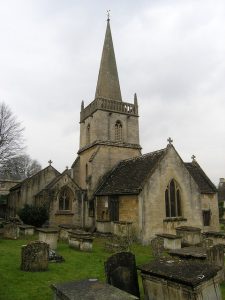 Despite strikes and shortages of fuel in France our 7 guests from Sorigny arrived at Bristol Airport from Nantes on Thursday before Box Revels. A full programme of events was planned to show local sights and experience the fun of a Box Revels weekend!

Members of the Box Twinning Group offered ‘B&B’ to our visitors and as usual will have the same offered to them on future trips to Sorigny.

Before the Revels Banquet on Friday morning we arranged an excellent ‘walking tour’ of Box led by local historian Alan Payne followed by a fish and chip lunch at the Quarryman’s Arms – the weather was great and the views even better.

All entered into the spirit of the Revels Banquet and one or two locals wondered if the Twinning Committee from Sorigny would be deterred by the experience – the truth is that they felt very much at home and really enjoyed the evening.

After a great Friday night we felt that a relaxed driving tour of the surrounding area on Saturday would work well stopping for lunch at The George, Sandy Lane before returning to Box for an informal game of Boules at the Northey Arms. Later that evening the French bought the Box Committee a meal at the White Hart Atworth and then took part in a skittles competition – our committee member Thierry Sarkissian the winner!

Sunday saw our own Mayor’s Guide John Currant take the group around Bath for a very detailed and informative walk – many of our guests then had time to buy gifts before returning to Box for a BBQ.

We had the group with us until later on Monday so they were able to see the Revels in full swing before getting back to Bristol for their flight to Nantes – in all it was an enjoyable and successful weekend and we should thank all the committee members and helpers who made it work.

We now have the dates for the Twinning Ceremony later this year – in Box September 4th and in Sorigny October 22nd. There’s quite a lot of work to do and the Box Committee would appreciate additional members who can help at fund raising events and attend both ceremonies. As has always been said we are an open group the only criteria is that people are committed to the twinning idea!

Our website with a link to Sorigny gives news of their activities and those taking place in Box: http://boxtwin.io

Should any reader want more information about our Twinning Group please contact the writer by email Mmikejwilliams@aol.com