Initial Meeting with the villagers of Box

Meeting with the people of Box through the intermediary of the Twinning Committtee of Artannes (twinned with Bathford, (7 Km from Box).

2 November 2012 – A delegation from Sorigny visited Box for the first time.

December 2012 – The Box Twinning Group invited the Chairman of the Parish of Box to a meeting to discuss the possibility of twinning with Sorigny. 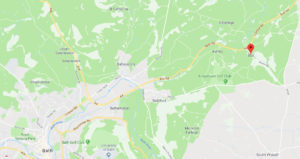 The Parish of Box in the county of Wiltshire covers an area of over 7 square miles and embraces several smaller communities including Ashley, Ditteridge, Kingsdown, Rudloe and Wadswick. It is located about 5 miles east of Bath & 6 miles west of Chippenham. The A4 road from London to Bath & Bristol passes right through the village.