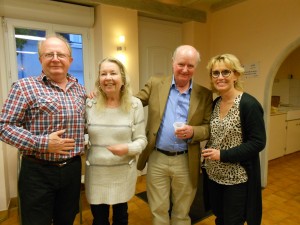 Why? – In the words of our friends in Box:

For more detail see Box, a village in the county of Wiltshire, England.

For Year by year Bulletins of the Sorigny Twinning Committee: 2011-2015, hover over the menu item of this page on the top (English) menu and select the year. Or click: